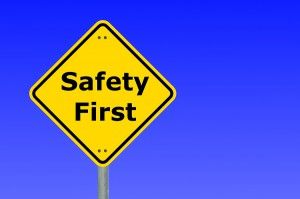 With the publicity surrounding the newest app for public data and rankings in the Compliance, Safety and Accountability (CSA) program, more carriers are being deemed unsafe when they’re actually very safe. This is often because carriers can receive a high score every time there is a crash, even if it’s not the Commercial Motor Vehicle (CMV) driver’s fault. Statistics show that 80% of the crashes involving CMV’s are the fault of the other vehicle.

Because of this, the American Trucking Association (ATA) is urging the Federal Motor Carrier Safety Administration (FMCSA) to make changes to the CSA scoring system by removing crashes not caused by trucking companies or their drivers. The ATA feels that the goal of the CSA should be used to identify whether an accident is an indicator of future accidents. Being struck by another motorist does not make it more likely that the truck driver will hit others.

Although the FMCSA removes the crashes when assigning a company’s official safety rating after an audit, it still remains on the CSA data that is publicly available. The ATA wants the FMCSA to limit their auditing resources to identify and select the accidents that were at fault of the company or driver. However, the CSA safety rating is showing a percentage based on violations of people and their peer group, not the individual.

The ATA isn’t the only one fighting for changes in CSA scoring. Recently Rep. Lou Barletta introduced legislation in opposition of the FMCSA’s publishing of flawed CSA data until the scoring system is fixed. He said the Safer Trucks and Buses Act is needed because truck companies are unfairly penalized for minor infractions under the FMCSA scoring system.

Barletta believes that a faulty safety score might as well be no safety score. He also believes that companies across the country are being unfairly represented by their safety scores, causing economically devastating impacts to bus and truck companies, many of which are small businesses. By changing the flawed scores, FMCSA can keep the roads safer than ever.

Flawed scoring system is so true. Larger companies can have more roadside inspection issues that will not flag them because of the number of trucks they have, this will give them a lower percentage rating with the current CSA scoring system. We are a smaller trucking company trying to make a go of it with a few minor marks on our record for “form and manner” (paperwork) Then we ended up with a conditional rating because one of our trucks was hit when a passenger vehicle ran a red light and hit our trailer. We were not at fault but,… Read more »