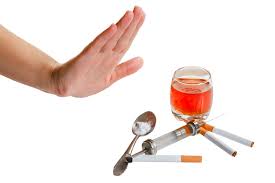 As of January 1st, 2016, the Federal Motor Carrier Safety Administration (FMCSA) has lowered the random drug testing rate from 50% of carrier’s average number of driving positions to 25%.

This change, at the discretion of the agency administrator, stems from three consecutive years during which the positive rate for controlled substances fell below a 1% threshold. The minimum annual percentage rate for random alcohol testing will remain at 10%.

According to the FMCSA, the testing rate will be increased again to 50% if the reported positive rate for any calendar year is equal to or greater than 1%. The estimated positive rate in 2013 was 0.7% and for 2011 and 2012, the positive usage rate for drugs was estimated to be 0.9% and 0.6%. But, in order to ensure the reliability of the data, the FMCSA decided to maintain the annual testing percentage rate at 50% and sought additional information related to truck drivers’ positive test rates.

The change made in January reflects the sustained low positive test rate and will result in an estimated $50 million in annual savings to motor carriers by requiring that fewer drivers be tested. The question for carriers is whether or not to change procedures that have proved successful in deterring drivers from drug and alcohol violations.