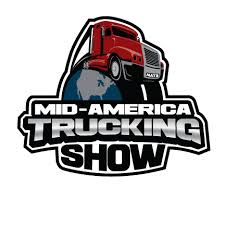 The 2015 Mid-America Trucking Show in Louisville, Kentucky has come to a successful end and throughout the conference, the growing theme was telematics. This is a system that monitors and refines the performance of trucks; linking drivers, fleets and manufacturers with vehicles.

The fuel-economy gains from the SuperTruck gained media attention during a five-day, 312-mile round trip route on Texas Interstate 35 between San Antonio and Dallas. The tests showed 115% freight-efficiency improvement and brake-thermal efficiency for the engine topping 50%, landing at 50.2%.

Many of the features that went into developing the SuperTruck have gone into Freightliner Cascadia Evolution and Western star 5700XE, two of DTNA’s more fuel-efficient models.

The prevalent theme was how rapidly trucking technology is evolving.

Almost all companies said 2015 was going to be a fantastic year for trucking, which will lead to strong vehicle and equipment sales. Several manufacturers suggested they were preparing for a pullback in orders for this next year and that they wanted to tackle all upcoming greenhouse gas and other economically challenging federal regulations.

Joe McAleese, chairman and CEO of Bendix Commercial Vehicle Systems said “the economic climate and the cost of regulations have been barriers to adopting technology over the years. The biggest way to gain customer acceptance and for them to understand the technology is to get them into a truck.”

Because of this issue, Navistar Inc. announced that it is making OnCommand Connection, its open architecture remote diagnostics system, a standard feature on all new International brand trucks. This system is also being offered to all model year 2007 and newer trucks, free of charge.

Navistar was also an essential part of Bendix’s introduction of Wingman Fusion, a warning and control system that combines several capabilities into one package. Wingman Fusion uses cameras and radar to track following distances, detect vehicles in a truck’s path, monitor lane departure and warn drivers and fleets when a truck exceeds posted speed limits.

To learn more information about FMCSA or the trucking industry, visit our blog.